Posted by Walter Bosley at 3:29 PM No comments:

As promised on my YouTube streamcast last weekend, I will be identifying old carousels that are located on telluric current lines as identified by Sesh Heri for my research, per Latitude 33:Key to the Kingdom.

More to follow!
Posted by Walter Bosley at 1:59 PM No comments:

As many of you know, earlier this year I released my latest volume of the Secret Missions series:
The Esoteric Napoleon (Vol1)... Available only print-on-demand at Lulu.com... 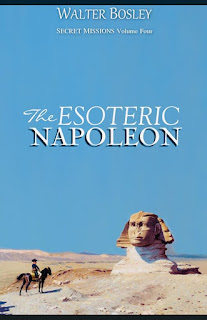 I am presently working on Volume 2 and will release the cover art likely at the end of summer.

EMPIRE OF THE WHEEL:
I met with the producer developing the TV series and all is progressing nicely. She asked me to dig into the material a little further on a couple of things so I've been doing actual EOTW research for the first time in five years. Stay tuned because this is going to be interesting.

I have given a couple of EOTW tours in the past few months and have one scheduled for next week. As more people read the books and realize they live close by, I get to do more of these.

Those of you who have read EOTW3 will be familiar with the synchronicity relevant to the tragic McStay Family murder case. The suspect's trial has been going on and as soon as I learn more, I'll comment here.

That's all for now, I'll be back soon.

Posted by Walter Bosley at 12:14 AM No comments:

I've been doing regular live sessions on The Walter Bosley Channel at YouTube for some months now, with the regular schedule finally settling on Sunday nights at 5:30 pm PST. They last a minimum of two hours and will increasingly stick to topics relative to my research. These initial weeks have been to acquaint the new viewers with me and my perspectives as well as commentary on events pertinent to the aspects of alternative research I'm involved with on a usual basis.

The new book, while delayed a few months, is actually going along very well. What I thought would certainly be a most interesting volume of average length (for me) in the Secret Missions series has evolved into what could be the best book in the series and perhaps of all my works so far. I want to do this one particularly well and that means doing it right so I'm taking my time. It will be worth the wait and it has relevance to contemporary issues despite focusing on Nineteenth Century figures and events.

Empire of the Wheel TV series development is also going strong! The producer is putting together the final elements of the package and hopefully not too far into the new year I will have an announcement regarding a network/streaming service.

I have been asked to appear on a Travel Channel reality series. Shooting will happen sometime in January or February, per the producer/show runner who asked me to keep that span of time open. The focus of my involvement will feature my theory on the Roswell incident and related topics. Once the date is set for shooting (and I know it's happening), I will announce which show.

I have said all year that I don't know with what I will follow up Secret Missions 4, but I may have something. For the past couple of years I've been looking at a contemporary situation here in the US that appears to have very particular roots dating back a few centuries. I will be pulling serious threads on this issue and if I'm right and there's something substantial enough to justify a book, I'll announce that. This prospective book will make a logical companion to Secret Missions 1, my Cabrillo/Sword book, though to what degree it will relate directly to the events and issues in that book I can't presently say, other than it will in a general sense. It's too early for me to say anything in that regard but it will be a most interesting one.

In the meantime, I'll be working steadily through the holidays on Secret Missions 4, while enjoying Christmas along the way.

As the producer and development writer hammer out their exciting vision for the EOTW series, I'm opening up a little about something I've referred to elsewhere for almost a year as 'Secret Project 1' -- which is the development of another one of my books for television. The producer on this project came to me last summer and I kept mostly vague on it until now. I will reveal which book when the contract is final and the project moves to the next step.

This weekend, if you're in Pasadena, California, I will be at the AlienCon on Saturday, June 16th. This event is for the History Channel show Ancient Aliens on which I appeared in 2015 in an episode about Werner Von Braun. This episode gets replayed a lot so you may have seen it. I've also been acquainted with David Childress for sixteen years and he introduced me to Giorgio Tsoukalos back in '04. I look forward to seeing those guys and others I know this weekend. If you're there, look around for me.

Presently I'm immersed in the academic part of research for what will likely be Secret Missions 4, as yet untitled. I'm also working a little on my pulp fiction stuff as I gotta have some fun, too.

Empire of the Wheel: Optioned for TV

I can officially announce now that the Empire of the Wheel trilogy has been optioned for development as a dramatic television series. I have been working this issue for a month and am excited to see it go forward. 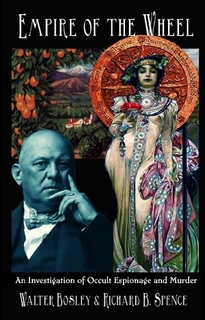 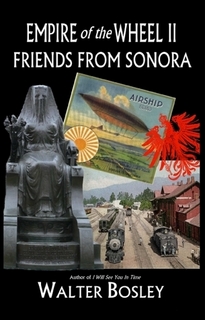 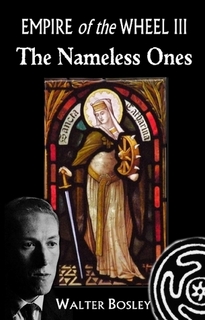 Today is the thirtieth anniversary of the day I reported for duty to the FBI and began a nearly twenty-year career in national security. Twelve of those years I spent working against agents of the USSR, so I think it's fitting I post my opinion on an issue in the news.

My present opinion on the 'Russian poisoning' case over in the UK:


The ease with which anyone could have poisoned Skripal and his daughter and left people to jump to conclusions that it was those dastardly Russians should give more people pause. It is quite possible that the Russians had nothing to do with it. Does anyone really think that neither we nor the Brits or any other player has Novichok?

Skripal had been a double agent for the Brits. From my perspective, as a former branch chief of DA ops for the AFOSI, the Russians wanted one or more imprisoned agents back. Arresting Skripal upon his return to Moscow years later, positioned the Russians to having someone the Brits wanted back -- and thus the currency was established. In the 2010 spy swap involving Russia, the US and UK, Russia got their preferred illegals (deep cover or NOC agents) back because they could give Skripal back to the Brits.

So why poison Skripal? Because it would look to knee-jerk reactionaries like the Russians 'got revenge'. But the Russians had already tried and convicted and imprisoned Skripal -- they could have executed him then (or poisoned him in prison). Instead, they gave him back in a swap. Another player poisoning Skripal would serve the saber-rattling objectives of a military-industrial-intel complex in the West and serve radical left/right political objectives in the US and UK, setting up the Russians a la the USS Maine.

Until I see something that convinces me that there is an 'otherwise', this is my opinion on this issue.
Posted by Walter Bosley at 11:15 AM No comments:

Donations help me cover the costs of research trips, field investigations and archival document copies -- and are sincerely appreciated.

The Kevin Smith Show. Some of the best podcast shows you'll ever hear. We all miss him a lot.

This is the only place to get my books -- nonfiction and fiction... Peruse the Catalogue

See all my video reports here